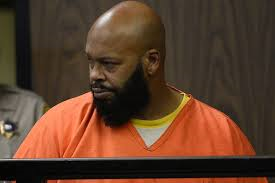 Former rap music mogul Marion “Suge” Knight has been charged with killing Terry Carter in early February. He is accused of running down Carter with his truck. Knight collapsed in a Los Angeles courtroom Friday after a judge ordered that he be held on $25 million bail in the murder case. This is the fourth time that Knight has been taken by ambulance from a courthouse since being charged with the murder.

I don’t know if these collapses are true medical emergencies or a desperate attempt to postpone judgment.

We all have an appointment in front of the Almighty Judge. If we have been declared not guilty because we have accepted the pardon God offers everyone through Jesus, we don’t have to fear judgment.

Others may try to fake a fainting spell, but that’s not going to work!

“Just as man is destined to die once, and after that to face judgment, so Christ was sacrificed once to take away the sins of many people; and he will appear a second time, not to bear sin, but to bring salvation to those who are waiting for him.”—Hebrews 9:27-28.