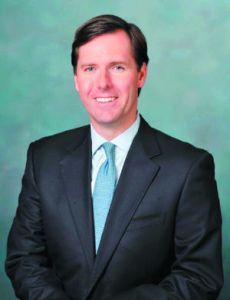 Adam Edelen thought that he would begin serving his second term as Kentucky’s state auditor this month. Instead, he is back in the private sector, beginning a new chapter of his life. He, and most other Democrats seeking election to statewide offices, were defeated in an election in which voters leaned heavily toward the Republican candidates.

After the election defeat, Edelen took a vacation with his wife. Then he got on with his life. He said, “It was disconcerting, but I got over it in a couple of days because you’ve got to prefer your future to your past.”

That’s pretty good advice. Too many people—and too many churches—do not respond well to adversity. While we can learn from the past, we must not dwell there. Let’s prefer our future.

“Brothers and sisters, I do not consider myself yet to have taken hold of it. But one thing I do: Forgetting what is behind and straining toward what is ahead, I press on toward the goal to win the prize for which God has called me heavenward in Christ Jesus.”—Philippians 3:13-14.

1 Response to Prefer Your Future