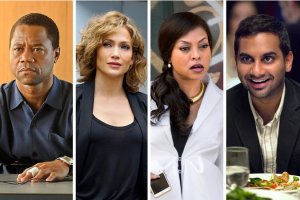 According to a recent report by the Associated Press, movies with diverse casts do far better at the box office than movies with mostly white actors. The best performers in 2014 were movies in which half the main cast was non-white. These films made more than twice the money earned by those with no non-white actors among its stars. There seems to be an increasing demand for diversity in the movies.

People want to be able to identify with others. They like to have the opportunity to point to an actor on the screen and say, “Hey, that guy/girl is a lot like me!”

Paul the apostle realized the importance of trying to identify with people in order to make the gospel message appealing to them. In 1 Corinthians 9:22-23, he writes, “…I have become all things to all men so that by all possible means I might save some. I do all this for the sake of the gospel, that I may share in its blessings.”

Let’s make it a goal to try to identify with people. Be careful to be authentic! People can spot a phony from a mile away. But let’s try to make as many people as we can realize that Jesus came to save everybody!