The Leadership of Tim Duncan 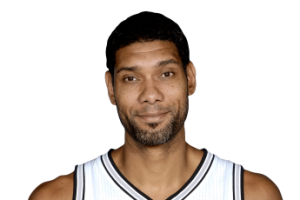 Basketball great Tim Duncan just announced his retirement, ending a 19-year career with the San Antonio Spurs. Long-time Spurs coach Gregg Popovich said that Duncan was “Irreplaceable.” Scott Layden, who spent four seasons as the Spurs assistant General Manager, said—“Leadership can come from many different areas, but when your best player is the best leader, it’s amazing how everybody else falls in line…Both on and off the court, he set the tone day-in and day-out.”

What made Tim Duncan such a great leader for his team?

First, he did everything with excellence. He played the game the right way, and was known for having mastered the fundamentals of basketball. Duncan led his team to five NBA championships, won two MVP awards and was an All-Star fifteen times.

Second, he was a team player. Most of the players who ever played with Duncan say that he was the best teammate you could ever ask for. He wasn’t selfish at all. He knew that in order for the team to excel, they had to play as a team.

Third he was consistent. Year in and year out, you could count on Tim Duncan to give the same kind of performance. He wasn’t up and down. He was reliably productive on both ends of the court.

Finally, Duncan was humble. In a sport where many flamboyant stars constantly find all kinds of ways to call attention to themselves, Tim quietly did his job, never promoting himself or calling undue attention to himself in any way. Even his retirement was announced quietly, in a statement released by the Spurs.