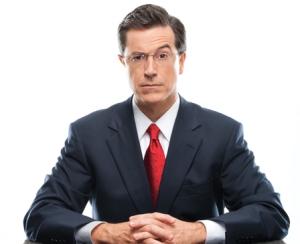 Late night television host Stephen Colbert is taking some heat for his recent opening monologue, in which he used vulgar language to make disparaging remarks about President Donald Trump.

I don’t regularly watch Colbert, but I have enjoyed some of his comedy over the years. While he has shown a propensity for pushing the envelope when it comes to common decency, I have given him the benefit of the doubt, partly because Colbert has been a Sunday school teacher.

I don’t know if Colbert still teaches Sunday school, but if he does, I imagine there may be an interesting conversation in the near future between Colbert and his pastor!

While the public discourse has become coarser in recent years, we who claim to follow Jesus must not lower our standards for speech.

“Do not let any unwholesome talk come out of your mouths, but only what is helpful for building others up according to their needs, that it may benefit those who listen.”—Ephesians 4:29.

“Nor should there be obscenity, foolish talk or coarse joking, which are out of place, but rather thanksgiving.”—Ephesians 5:4.