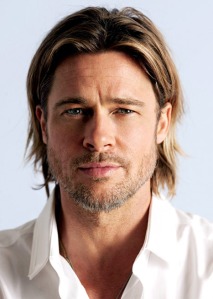 Actors and actresses will sometimes go to extreme measures to prepare for an upcoming role. Some have either gained or lost a tremendous amount of weight, putting their health at risk in the process. Others have learned a new language, taken singing lessons or become proficient on a musical instrument.

I recently read that Brad Pitt went to a dentist to have his front teeth chipped in order to prepare for his role in the movie Fight Club. Say what you want about that decision, it does show a huge commitment on his part!

The Bible encourages us to be committed to the cause of Jesus Christ. Sometimes this commitment requires sacrifice.

In 2 Corinthians 11, the apostle Paul lists some of the sacrifices he has made for the kingdom, including: floggings, whippings, imprisonment, being pelted with stones and being shipwrecked.

Any sacrifice I may have made for Jesus looks very minor in comparison!

Maybe it would do us good to step back occasionally and reflect on what kind of sacrifice we are willing to make for Jesus Christ.