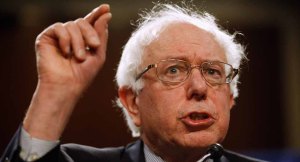 Vermont Sen. Bernie Sanders has recently received some well-deserved criticism over his questioning of President Donald Trump’s nominee for deputy budget director, Russell Vought. Sanders tried to portray Vought, an evangelical Christian, as anti-Islamic because of statements he made regarding his Christian beliefs.

Sanders appeared to be incredulous as he asked Vought if he really believed that Jews and Muslims stand condemned before God because of their refusal to believe in Jesus Christ.

Article VI of the U.S. Constitution states that “no religious test shall ever be required as a qualification to any office or public trust under the United States.” So it is right that Sanders be held accountable for his desire to impose a religious test on Vought because of his Christian beliefs.

However, there is another important issue that comes to light here. Sanders betrays a woeful lack of understanding of the Christian religion. The Christian faith is based on the fact that Jesus Christ is mankind’s only hope of salvation.

Jesus himself says, “…I am the way and the truth and the life. No one comes to the Father except through me.” His followers agreed with his assessment when they continued to proclaim this truth—“Salvation is found in no one else, for there is no other name under heaven given to mankind by which we must be saved.” (Acts 4:12).

The idea that “there are many roads to God” may be attractive to many, but it is far from the truth expressed by Jesus Christ and his followers. That truth will not change due to anyone’s unwillingness to accept it.