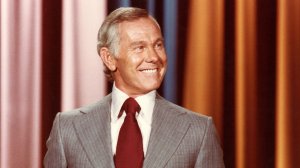 Is anyone else missing Johnny Carson these days? The talented late night television host had a winsome way of captivating audiences with his witty observations of the world around him. Carson’s wry jabs and quips were delivered with a twinkle in his eye and his tongue firmly planted in his cheek. He could poke fun at any target without demonizing them. His gentle style was genuinely funny, and the laughter that he brought was proof of that.

Johnny Carson’s classy humor stands in stark contrast to what we see from many comedians today. Their “humor” drips with venom as they spew their obvious hatred toward their targets. Shooting daggers with their eyes, they nearly foam at the mouth as they deliver their mean cheap shots. They show no class and no compassion whatsoever. And besides that, they aren’t very funny.

A good example of this was seen at the recent White House Correspondents’ Association dinner, where comedian Michelle Wolf attempted to entertain the attendees. Her mean-spirited attempts at humor were met with nervous chuckles and audible groans. Her failure to be funny was a painful pity to behold.

Like I said earlier, is anyone else missing Johnny Carson these days? To paraphrase Simon and Garfunkel, “Where have you gone Johnny Carson? Our nation turns its lonely eyes to you.”

“Nor should there be obscenity, foolish talk or coarse joking, which are out of place…”—Ephesians 5:4.