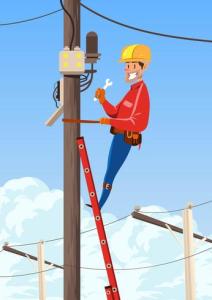 Three preachers were talking about prayer, especially the most effective position for prayer. As they were talking, a telephone repairman was working on the phone system in the background. One minister said that he felt the key to a prayerful position was in the hands. He always held his hands together and pointed upward as a form of symbolic worship. The second suggested that prayer was best conducted on your knees. The third thought that the other two had it all wrong—the best position for prayer was to stretch out on the floor flat on your face.

By this time the telephone repairman could not keep quiet any longer. He said, “I found that the most powerful prayer I ever made was while I was dangling upside down in my safety harness, suspended forty feet above the ground!”

Whatever position you assume, the important thing is to pray!

This entry was posted in Christian Living, Humor, Prayer and tagged 1 Thessalonians 5:17, illustration, positions for prayer, pray continually, pray in all circumstances. Bookmark the permalink.