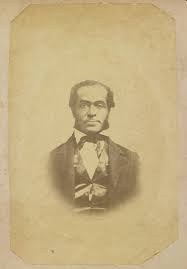 Frank McWorter was a slave who bought his freedom with money he had earned through some business dealings. Having known what it was like to be enslaved, he never lost his appreciation for his freedom. In fact, on the 1820 census, McWorter listed his name as “Free Frank”.

Before we came to Christ, we were all slaves to sin. However, we could not possibly pay the price for our freedom. It took the sacrifice of Jesus dying on the cross to pay our way out of sin. We must always live our lives in appreciation of the freedom we have in Jesus!

“It is for freedom that Christ has set us free. Stand firm, then, and do not let yourselves be burdened again by a yoke of slavery.”—Galatians 5:1

This entry was posted in Christian Living, Communion Meditations and tagged Christ has set us free, Fourth of July, Frank McWorter, freedom, Galatians 5:1, illustration, Jesus paid the price for our sins, slavery. Bookmark the permalink.