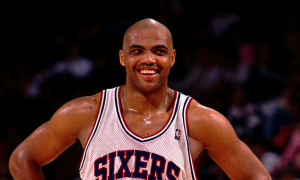 Charles Barkley had a celebrated college basketball career playing for Auburn. However, in his rookie season for the Philadelphia 76ers, Barkley was frustrated because he wasn’t getting much playing time. He turned to teammate Moses Malone, a veteran all-star, for advice.

“Moses, why am I not getting to play?”

Malone’s answer was very straightforward—“Because you’re fat and lazy. You can play at 300 pounds at Auburn. You can’t do that in the NBA.”

Rather than feeling hurt and resorting to moping, Barkley took his teammate’s words to heart. With Malone’s help, Charles lost about 50 pounds and went on to become one of the NBA’s best players.

We need more of this kind of mentoring and disciple-making in God’s kingdom. Sometimes some tough love from someone you trust is just what you need to get motivated to turn your life into something much more productive than it ever was before.

“All Scripture is God-breathed and is useful for teaching, rebuking, correcting and training in righteousness, so that the servant of God may be thoroughly equipped for every good work.”—2 Timothy 3:16-17.