From Obscurity to Greatness

Tom Brady is considered by many to be the greatest quarterback of all time. The numbers he has put up for passing yardage, touchdowns and Super Bowl victories make it just a matter of time before Brady is voted into the NFL Hall of Fame. 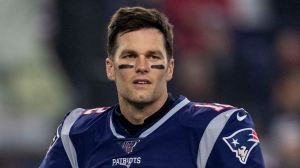 However, Tom Brady did not always seem to be destined for greatness. He was the backup quarterback on his high school freshman team that was winless that season. Brady was the number seven quarterback on the depth chart when he began his career at the University of Michigan. His first college pass was intercepted and returned for a touchdown. He was not chosen until the sixth round of the NFL draft. When Brady arrived at New England to play for the Patriots, he was the fourth quarterback on the depth chart. Yet Tom Brady rose from obscurity to achieve greatness.

There are many people in the Bible who followed a similar path in life. They were neither well-known nor highly regarded, yet God enabled them to accomplish great things for his kingdom. A shepherd boy named David eventually became king. A young girl named Mary all of a sudden found herself chosen to give birth to the Messiah. Common folk like fishermen became the apostles of Jesus. Jesus himself came from obscurity, born in humble surroundings and placed in a manger.

The Bible is filled with examples of people who seemed to come out of nowhere, but were used by God to accomplish great things. Keep that in mind the next time you are feeling down on yourself!